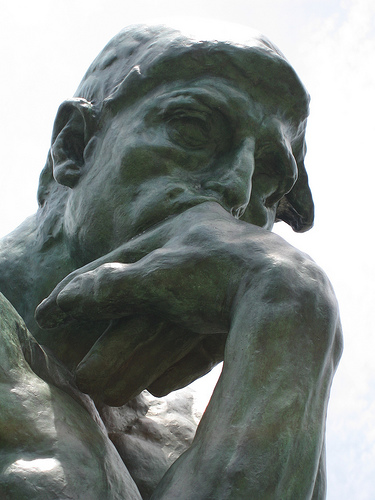 When I was an atheist, I considered my opposition to Christianity justified by, among other things, the bad example that Christians so often set.  There’s certainly no shortage:  from wars, to pogroms, to propping up tyrants, to burning heretics, to persecuting scientists, and on and on.  Now, a careful attention to historical facts shows that some of these examples have been significantly exaggerated.  Galileo’s house arrest was carried out in his elegant villa in Florence, which is not a dungeon, and he continued to write.  Before repressing Galileo, the Catholic Church founded every major university in Europe, so calling the Church anti-intellectual is a bit of a stretch.   Burning your adversaries alive has a long history; it’s rooted in pagan practices that the Christian institutions generally tended to discourage, if anything.  Even the greatest bogey of all, the Spanish Inquisition, condemned relatively few people — and, interestingly, preserved procedural protections for the accused (like the right to know the charges) that were not widely observed at the time.

Even with these mitigating factors, the historical record supplies plenty of bad examples.  Logically, however, this is no reason to disbelieve in Christianity.  After all, we see bad people everywhere.  In order to have logical consistency, we need to supply a missing premise, something like:

If Christianity is true, then all Christians should be better people than all non-Christians.

Then we can reason our way to atheism:

If Christianity is true, then all Christians should be better people than all non-Christians.

All Christians are not better people than all non-Christians.

Therefore, Christianity is not true.

It would be hard to defend the first premise (“If Christianity is true, then all Christians should be better people than all non-Christians”).  Even an atheist should be prepared to admit that at least SOME Christians can be evil people, without dragging the whole system down with them.  Maybe a more defensible claim would be:

If Christianity is true, then evil people who claim to be Christians should be relatively rare.

This sets up our atheist deduction thus:

If Christianity is true, then evil people who claim to be Christians should be relatively rare.

Evil people who claim to be Christians are not relatively rare.

Therefore, Christianity is not true.

A critical step in working out any philosophical solution is defining your terms.  This argument has some definitional issues:  what is meant by “relatively rare”?  That’s a rather indeterminate term, which seriously diminishes the informative power of the solution.  If I say “379 divided by something relatively small equals 97.2”, I haven’t told you anything you didn’t already know.

Yet, atheists find this kind of vague thinking quite compelling.  My favorite philosophy professor, an atheist but a fine teacher, relied on this strategy.  Once, our class was talking about the problem of evil — if God is good and all-powerful, why is there evil? — and someone said that the existence of a certain amount of evil was still consistent with the existence of God, because human beings, not God, introduced evil into the world.  His response:  “Then why is there so much evil?”  He meant it as a rhetorical question, not an invitation to further dialog, and the conversation ended.  He was effectively saying, “I look out on the world, and everywhere I look, I see violence, pain, horror and futility.  It is overwhelming.  No good and all-powerful God would permit so much of it.”

This is a really forceful argument, until you start applying logic to it.  Like the previous argument about the relative goodness of Christians, this refutation relies on an indeterminate term, “so much.”  A Christian might as well respond, “If God doesn’t exist, why is there so much good?”  If the beauty of one flower, or one ocean wave, or one child, has the same evidentiary force as the ugliness of one cruel deed, then the world starts looking like a pretty wonderful place.

When we start talking like that, of course, we’re no longer making logical arguments.   We are revealing something about ourselves.  What we are revealing is our inner disposition, or our worldview.  We perform a sort of gestalt on the experiences of our life, and we present not so much a conclusion as an impression:  this is what I have found.  The atheist might reflexively deny this and insist that he or she is simply following a train of logical deduction to its conclusion.  But that is not true.

I cordially invite all atheists to start identifying the propositions that seem to justify their atheism — there is so much evil in the world, religious belief is opposed to rational thought, science has disproved religion, religious people are worse than atheists, religious institutions are a threat to our freedom, and so on.  Then I invite my atheist friends to apply all the cold-blooded, reductionist rigor at their disposal to these propositions and render them in precise, syllogistic terms.  Don’t be surprised if the exercise causes some cognitive dissonance.  One expects the justifications to quickly fall into place.  Oddly, they don’t.

A word of caution:  many atheist arguments are based on certain premises about historical events.  It’s dangerously easy to accept as facts what actually are one’s personal biases, and to claim knowledge of matters as to which one is in an advanced state of ignorance.  Some recent speculative history regarding the life and person of Jesus shows how popular this kind of thinking is.   Atheists are just as susceptible as anyone else.  The habit of critical thinking serves anyone well, and none better than the atheist examining his or her own belief system.

The atheist who engages in this exercise, or the more common atheist who doesn’t, might retort, “All this logical hair-splitting proves nothing, because religious belief is just as shaky when examined logically.”  This is an interesting point.  I like to distinguish between logical analysis of the propositions of the Christian faith, and logical analysis of the way in which Christians and atheists live their lives.  Most atheists govern themselves in a grievously illogical manner.  Given their belief system, their day-to-day conduct is arbitrary and irrational.  And thank God for that!  If all the atheists started acting as though there were no absolute right and wrong, and life at bottom was meaningless, and all our hopes and desires come to nothing in the end, the world really would descend into chaos.

But if the atheist retort is meant to refer to logical analysis of the propositions of the Christian faith, then I am prepared to agree — only provisionally, because there are certain ultimate realities for which the Christian explanation finds greater logical support.  But leaving those aside, Yes, logical analysis calls the Christian faith into question just as readily as it calls atheism into question.  To honestly accept that atheism and Christianity are logically on par is a sort of triumph of reason, and I say that with all sincerity.  It shows you have overcome atheism’s greatest form of tyranny over the mind of human beings:  the belief that atheism is logically superior to faith.

And here is where I come to the point:  even though armed with that understanding, we are still atheists, or Christians.  Why?  Because to be an atheist, or a Christian, is not to discover something about the world, but to discover something about ourselves.  So often we make these discoveries in the dark.  We find that we have arrived somewhere — but where?  I say, let in some light, and look around, and see if this is a fit place for a person such as yourself.